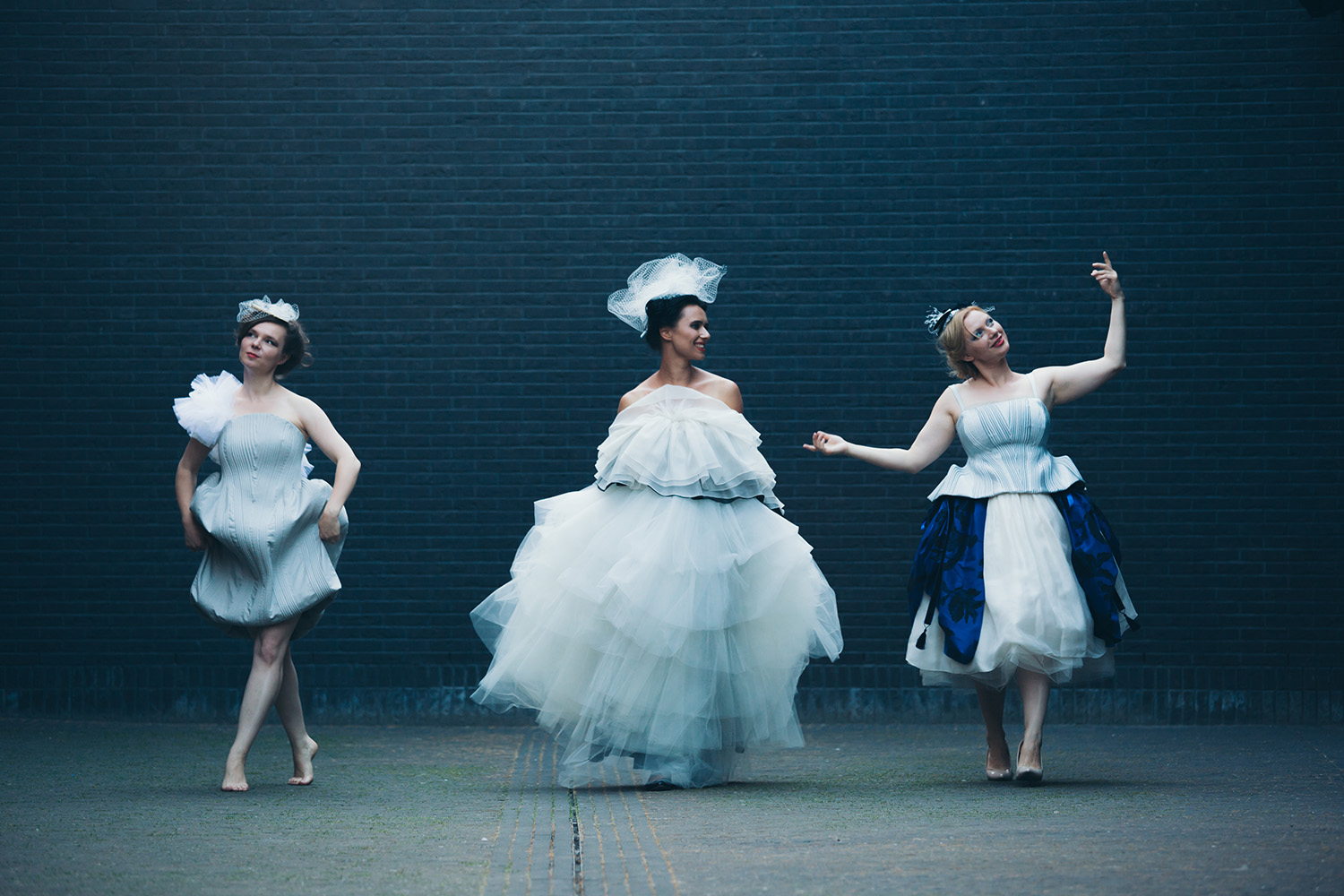 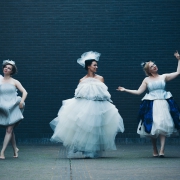 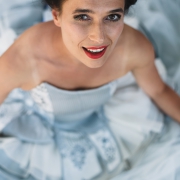 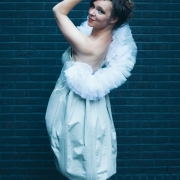 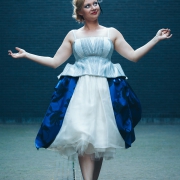 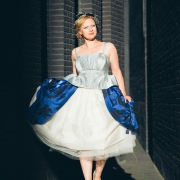 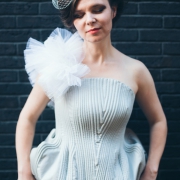 Les Femmes are an independent classical music ensemble formed in 2011 in Tricity. Finalists of the Cadenza Contest International Competition, Italy 2021, in the category Ensembles . The artwork of the ensemble involves own interpretation opera collages dating back to the pasticcio tradition of 17th and 18th century. These musical performances comprise arias, songs, and other fragments of works by classical music composers, all linked by a coherent plot and a new interpretive context. This ingenious combination conceives a new quality. It encourages artists to flirt with the form and imposes fresh interpretations on musical stage. Ladies’ Summer, At the Crossroads, or a Fiddler for Rent, Girls from Naples, Fairy tale Opera, Polish Landscape, In a Small Cinema – all these programmes first came as a wish, only later they turned into performances and became a permanent feature of our repertoire. The ensemble presents a distinguishing quality in their performances expressing strong emotions, hosting vivid characters in their plot, and at the same time bringing forward a positive and original message.

Les Femmes have performed over four hundred concerts and performances on Polish and foreign musical stages. In 2019 the ensemble released their first album Polish Landscape (Pejzaż polski) with songs by Polish composers, and in 2020 an album with jazz rendition of songs from the interwar cinema, called In a small cinema (W małym kinie). In 2020 during the coronavirus pandemic, the first online opera performance Girls from Naples and the online concert Rosarium were recorded, and the live broadcast of the premiere of the oratorio-performance The Three Marries.

Les Femmes cooperated, among others, with Philharmonic of Romuald Traugutt in Warsaw; The Baltic Opera in Gdańsk, Opera Nova in Bydgoszcz, and the Polish Philharmonic Sinfonia Baltica in Słupsk, Philharmonic in Koszalin, Elbląg Chamber Orchestra, Baltic Artistic Agency BART in Sopot, Baltic Sea Centre of Culture in Gdańsk, the Polish House in Vilnius, and the Théâtre Ephéméride in Val de Reuil. They have taken part in numerous festivals, including: the Song Festival of Polish Composers in Warsaw, the International Bydgoszcz Opera Festival (Opera Forum Młodych), the International Chamber Music Festival “Music on the Heights” in Zakopane, the International Festival Belle Voci in Brzeg Dolny, International Festival “Masters of Praying to Music” in Katowice, Festival “Female Art Confrontation” in Słupsk, Kosciański Fairy Tale Festival (performance for children), Festival “Music Evenings at Lutherans” in Zielona Góra (inaugural concert), XXXV Jubilee Festival of Organ and Chamber Music in Kartuzy (inaugural concert), and Fete de la Musique on the ship of the French frigate De Grasse in Gdynia.

The ensemble permanently cooperates with pianists: Arkadiusz Farkowski, Sebastian Godziński, Łukasz Jankowski, Ignacy Wiśniewski, and Anna Rocławska-Musiałczyk, the Chamber Ensemble of Piotr Jamioła, and with the Chamber Orchestra of St. Paul, as well as with the Ignacy Wiśniewski Jazz Band. In 2017 the singers invited to cooperation the opera blogger, Nadia Attavanti. 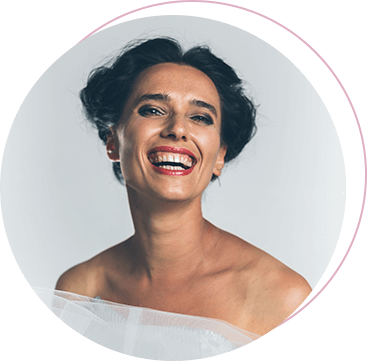 An artist and singer, mezzo-soprano, laureate of international vocal competitions (2nd price at the Iwona Borowicka Competition in Krakow; Special price for Stage Personality at the “Bella Voce” competition in Busko Zdrój). Co-founder, and member of the opera ensemble Les Femmes, president of the Haven for Art Association. Together with Joanna Sobowiec-Jamioł and Natalia Krajewska-Kitowska are the creators and directors of concerts and unique musical performances of the ensemble. She portrayed over a dozen of roles including the role of Maria in Girls from Naples, Anna in Polish Landscape, Izabella in Ladies’ Summer, Ada in the performance In a Small Cinema, Matylda in Buy some Jam, and Mary the Mother of Jesus in The Three Maries.

She was the supervisor and coordinator of the following projects: Polish Landscape (premiere 2017), Great Opera Gala (premiere 2018), Rosarium (online concert 2020), Girls from Naples (online show 2020), as well as for recording and release of the album Polish landscape (2019) and recordings the album In a Small Cinema (2020).

She was responsible for cooperation with the International Festival Music on the Heights in Zakopane 2019, the International Opera Festival – Forum Młodych in Bydgoszcz 2018, and with the Elbląg Chamber Orchestra as part of family performances Fairy Tale Opera 2017-2018.

She contributes to organisation of series of Concerts called On Kochanowskiego Street in the Rehearsal Room in Pruszcz Gdański.

Apart from her artistic work in the ensemble, she also coordinates the technical work of lighting, sound and all broadly understood technical aspects indispensable for implementation of artistic projects. She participates in costume and scenography creation. She is responsible for artistic offers and the website of the ensemble.

She is a graduate from the Vocal and Acting Faculty in the Academy of Music in Gdańsk, in the class of prof. dr hab. Wiesława Maliszewska and a graduate from the Chemical Technology Faculty in the Gdańsk University of Technology. She made her debut on the opera stage while still a student, performing the part of Clarina in Lacambiale dimatrimonio by G. Rossini. She has portrayed Novitiate Master in Sour Angelica by G. Puccini and appeared in the role of Dorabella in Cosi fan tutte by W.A. Mozart.

An admirer of opera and drama theatre, a lover of a wide spectrum of classical and jazz music. In art, she values the performative truth the most. She is passionate about science, literature, mountain climbing and sea sailing. She loves cooking fresh fish. She is married to Łukasz Osowski with children Jaś, Lidka, Franek, Adam and Ania. 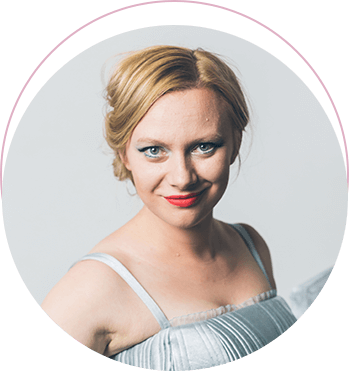 An actress and singer with a lyric soprano. Winner of the 1st prize in the category: Opera at the Iscart International Music Competition, Lugano, Switzerland, 2021. The co-founder of the classical music group Les Femmes, in which she pursues her professional activity. Member of the board of the Haven for Art Association. She portrays, among others, Marianna in the performance Polish Landscape, Magdalena in Ladies’ Summer, Hela from the performance In the Small Cinema, Ludmila in Buy some jam, Maria of Clopas in the performance-oratorio The Three Maries, and Lucia in Girls from Naples. For her last role, she has been awarded 1st place in the Competition for the Most Compelling Personality of the 10th International Opera Youth Forum in Bydgoszcz on Opera Festival in Bydgoszcz.

Together with Joanna Sobowiec-Jamioł and Emilia Osowska, she develops and bring off own original performance scripts. She also takes part in designing costumes and contributes to the directing process. She works as a coordinator of event concerts. In 2019, she stood behind the release of the ensemble’s second album In a Small Cinema. Apart from the artistic work, she also oversees the ensemble’s social media. She stays in touch with the audience and keeps it up-to-date.

She began her vocal singing education when she entered the second year of Vocal and Acting Faculty in the Academy of Music in Bydgoszcz, in the class of prof. Brygida Skiba. She also graduated from the Pedagogical College at the same university. She made her debut in a performance with the participation of students at the Opera Nova in Bydgoszcz, performing the role of Pamina in The Magic Flute by W.A. Mozart. She honed her vocal and stage skills during master vocal and interpretation courses conducted by prof. Helena Łazarska, dr hab. Marek Rzepka, dr Katarzyna Dondalska, and Krystyna Tyburowska.She draws her inspiration from both classical culture and aesthetic pop culture. She is a lover of crime literature – the series of adventures of Sherlock Holmes and Backgammon game. Culinary experiments on soup bring her relaxation and pleasure. Sporting satisfaction is provided by fitness choreography and Zumba classes. In private life, wife of Krzysztof, editor in radio Spin, and mother of Nina and Kajtek. 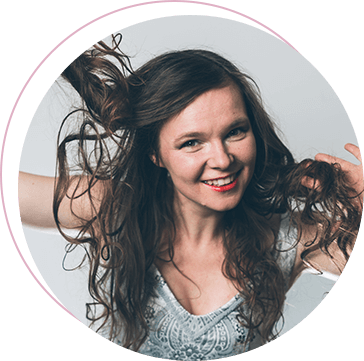 A singer with a lyric and coloratura soprano and a choral conductor. Since 2011, together with Natalia Krajewska-Kitowska and Emilia Osowska, she co-creates the ensemble Les Femmes and the Haven for Art Association. She is a co-director of original chamber musical performances in the form of pasticcio and theatrical concerts, which have been staged in Poland and abroad, e.g. in Zakopane on Festival Music on the Heights, the Festival of Polish Composers’ Songs in Warsaw, and during the Opera Youth Forum as part of the Bydgoszcz Opera Festival. So far, she has played, among others, Basia in the musical performance Polish Landscape, Giovanna in Girls from Naples, Lodzia in from the performance In a Small Cinema, Hanka in Buy some Jam and Monique in Ladies’ Summer. She was the supervisor of the project reviving the medieval sculptures from the Antwerp polyptych, the culminating part of which was the premiere of the oratorio-performance The Three Maries by Anna Rocławska-Musiałczyk. In this mystery play, she portrayed Mary Magdalene.

In the ensemble Les Femmes, apart from office work, she keeps coming up with new artistic ideas and ensures their consequent implementation. Together with her husband Piotr – a violinist and conductor – she runs an open musical house where she organises rehearsals for the ensemble Les Femmes and organises unusual meetings with musicians under the name of Concerts on Kochanowskiego Street. In 2019, she was awarded with the Mayor of Pruszcz Gdański award for her activity.

She studied at the Academy of Music in Bydgoszcz in the class of choral conducting of prof. Janusz Stanecki and at the Academy of Music in Gdańsk at the Vocal and Acting Faculty in the class of prof. dr hab. Dariusz Paradowski. She made her debut role of Bastienne in the academic play Bastien und Bastienne By W.A. Mozart. In the years 2008-2016 she conducted the choir Laudate Dominum in Gdańsk, collaborated, among others, with the lutenist Wanda Kozyra performing the music of the Polish Renaissance, composer Michał Jacaszek, pianist Rafał Tworek, vocal ensemble 441Hz and Goldberg, an ensemble focused on vocal baroque music. Once called “the girl from the tall grass”, she rests in landscapes resembling these from the poetry of Bolesław Leśmian. She loves movies, talks about life and death, Pina Bausch dance theatre, and improvisation. She sings the whistle register and mimics the trumpet sounds in vocal play style.

She is the mother of Basia, Hiacynta, Krzyś, and Maria.