At the crossroads, or a fiddler for hire 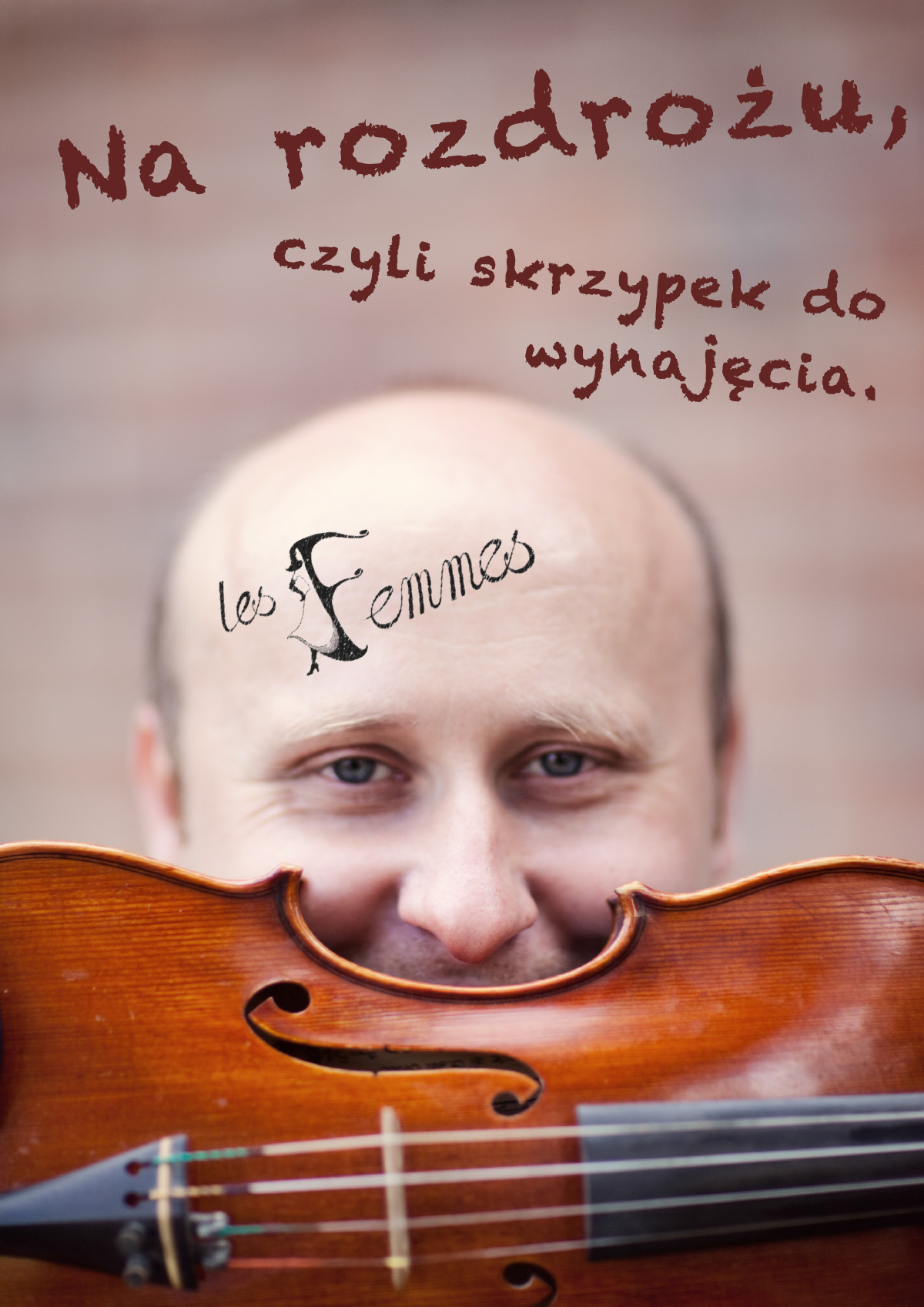 At the crossroads, or a fiddler for hire is a series of scenes from lives of young women who encounter a stranger, a violinist who sneaks into their personal space. He mesmerises them with his music, and the ladies – they turn his world upside down…

The performance is based on the principle of opera collage – it has been composed of morceaux of opera creations and instrumental works (by various composers), which have received a new, coherent plot. The title character struggles with the musician’s eternal dilemma: how far can the boundaries of artistic dignity be pushed – still pursuing the musical passion – when the confrontation with everyday life is discouraging. The plot both providing variety of places of action and the entanglement in male-female relations gives the show lightness and a lot of fun.

The performance was created in 2013 within the series of staged concerts called Les Femmes at the Grand and performed at the Grand Hotel Sopot. The show turned out to be a great success and became part of the ensemble’s repertoire. It has been staged, among others, in Gdynia Cultural Centre (Music Lover’s Sunday), Cultural Centres in Człuchów and in Rumia-Janowo, at the Krokowa Castle (New Year’s Concert), and during the 19th Festival Confrontation of Women’s Arts at the Philharmonic Sinfonia Baltica in Słupsk. 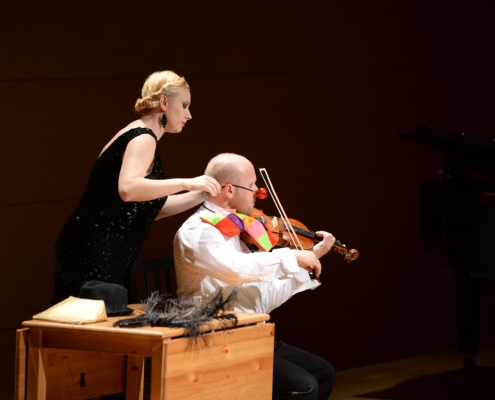 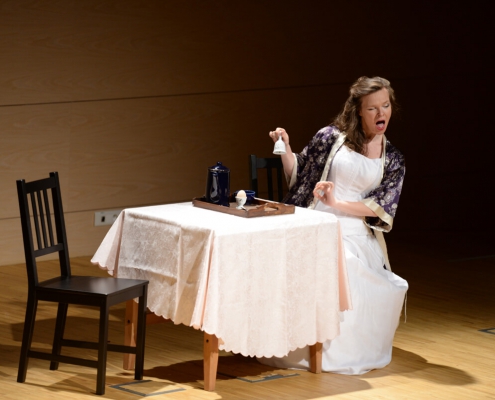 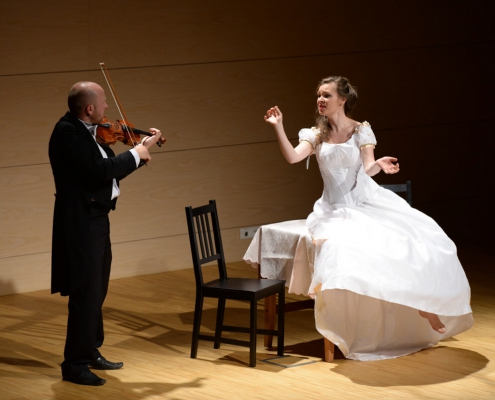 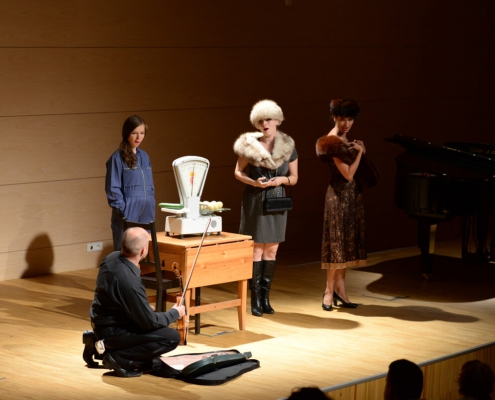 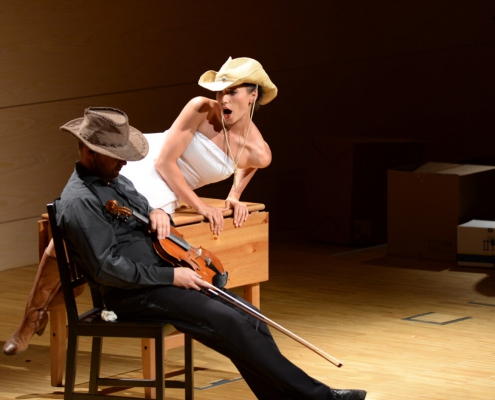 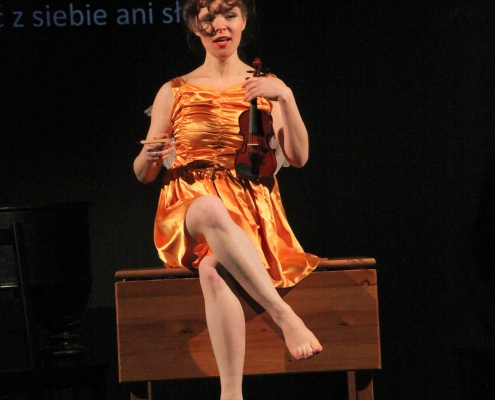 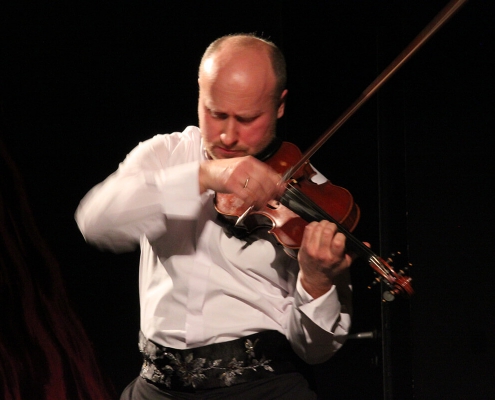 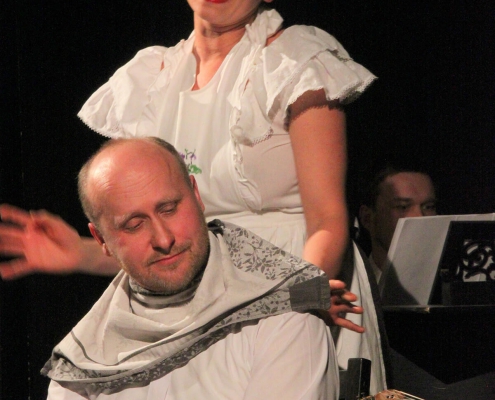 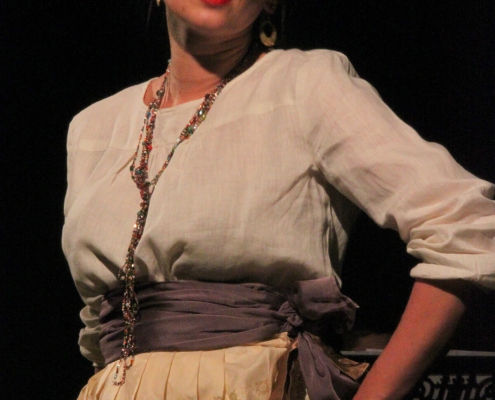 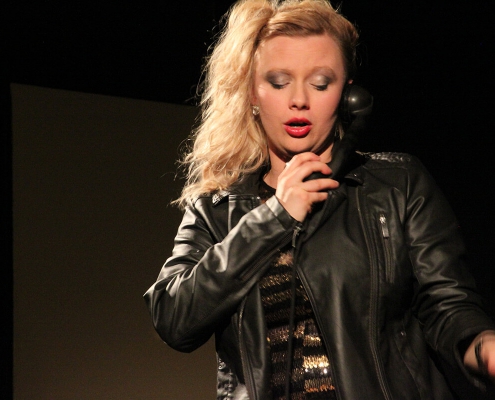 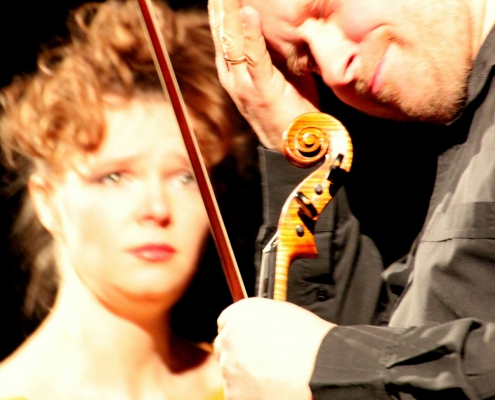